Here is another guest article by Auburney!

Many of you may know that KULT: Divinity Lost started its existence in the early stages as an AW-hack called Prisoners of the Illusion (Illusionens Fångar). During that time, the great creative minds behind the game made some early artwork for it, a lot of which is extremely inspirational and can be of use to GMs of K:DL as well.

These early stages are covered in more detail here on this very blog, for those who want to read up on it.

Amongst the great artwork shown there, there is one that especially caught my attention: it is The Illusion, by Petter Nallo. 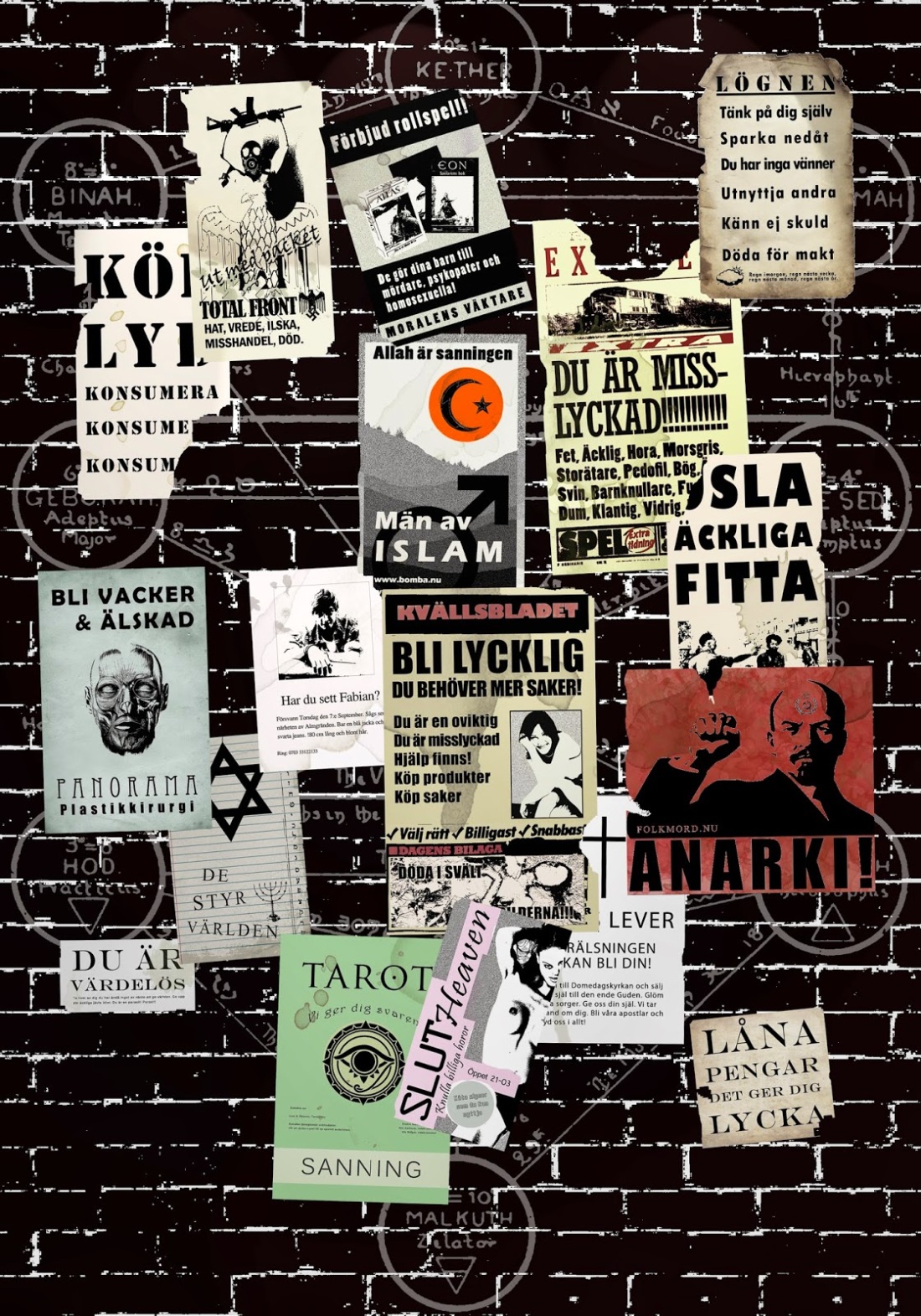 Now, this is without doubt a powerful and highly evocative image! It does a great job of conveying the nature of our prison, the influences of the Archons over it, and how we puny humans are kept distracted and whipped into submission.

Unfortunately, not everyone reads Swedish.

So we decided to translate it to English. Basilides Thelema provided the texts’ translation, and I visually edited them into the pic.

Here is the final result of our efforts, brought to you with friendly permission from Petter Nallo himself:

You might show it to your players, to give them a sense of the setting the game will take place in. Or perhaps to convey what it feels like for a character to See Through the Illusion and glimpse at the malicious machinations underpinning it.

Or you can just use it to get yourself inspired for your next scenario or campaign.

We have shown you the Truth. What you do with it now, is up to you alone.